Why download the Giftster App for your Android device?

You’re out shopping and you can’t recall the size and color blouse your sister wanted for her birthday. You’ll know the answer in just a few seconds with Giftster on your Android phone.

You love your Android phone and you want a genuine Android Giftster app – now you have a great one!

Grab it from Google Play or Amazon App Store now. Optimized for your Android-powered smartphone or tablet. Start and manage your Giftster group right from your Android phone – log in with the same email and password you use on giftster.com (including Facebook login).

Watch how it works below. 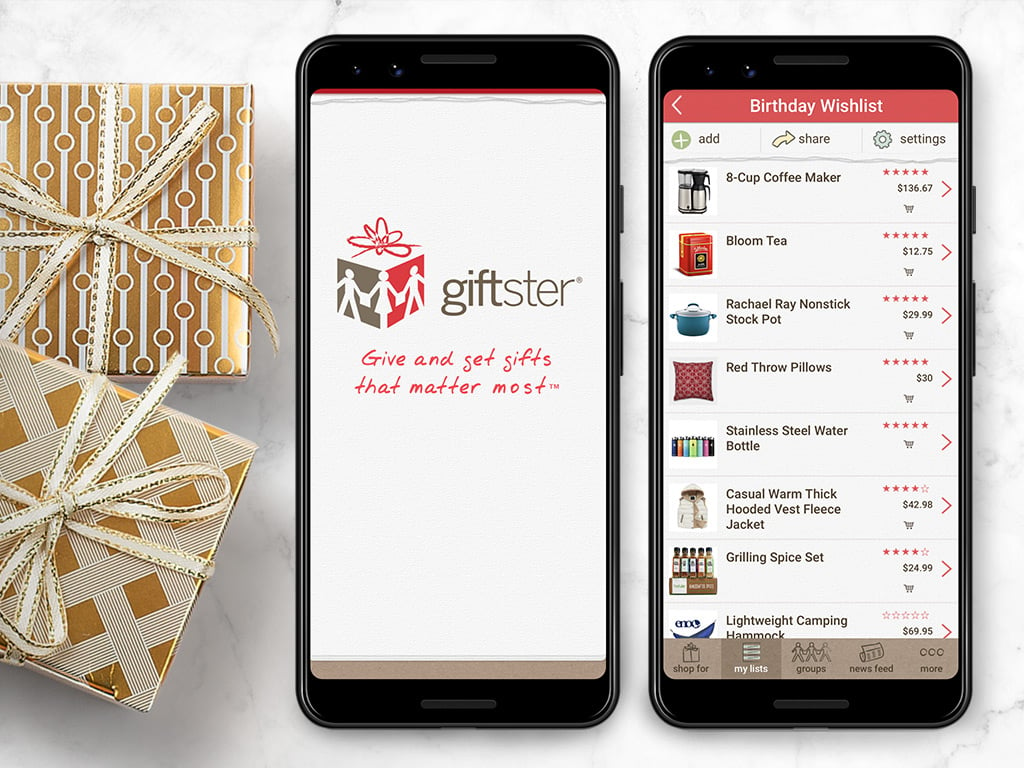 The most requested features of the website are now all living in your pocket! Fetch. Suggested Items. Child Accounts. Item images. Group permissions by list and public privacy options to fine tune list visibility. All in a fresh, beautiful new design.

Also designed to run on Samsung Galaxy, HTC, Acer and other smartphones and tablets. This means everybody in your family can use Giftster, no matter what computing device they use. On the computer. On an iPhone. On an iPad. Or your Android device. Giftster may be the only platform that runs on almost everything…because no family member wants to be left out because the family gift idea sharing system isn’t available for their device.

Your friend shows you the cool phone case they found for their Samsung. You realize you’d love the same one, and you have a birthday coming up. While it’s fresh on your mind, in a few taps on your smartphone, you’ve added the gift idea to Giftster and everyone in your family will be able to see it too.

The mobile app automatically updates itself with all the list information from giftster.com. In real time.

Want to find out more about Giftster?

Don't take our word for it. See why thousands of families choose Giftster.

See the $14 billion reason Giftster was created and meet the people behind it.

Have a specific question? We're here to lend a helping hand.